Zea Engine, our 3D graphics SDK, has been migrated to TypeScript. This is a major change that focuses on significantly improving developer experience.

We're also taking advantage of this new release to make major changes to the docs. We switched from Docsify to Docusaurus and completely reviewed the navigation and presentation. The result is a much cleaner structure where you can navigate by content type on the top menu (Manual, API, Tutorials, Plugins, and Community) and choose the information type in the left-hand menu.

♥ They still need some love, but now we have something solid to build on. We hope you like it! 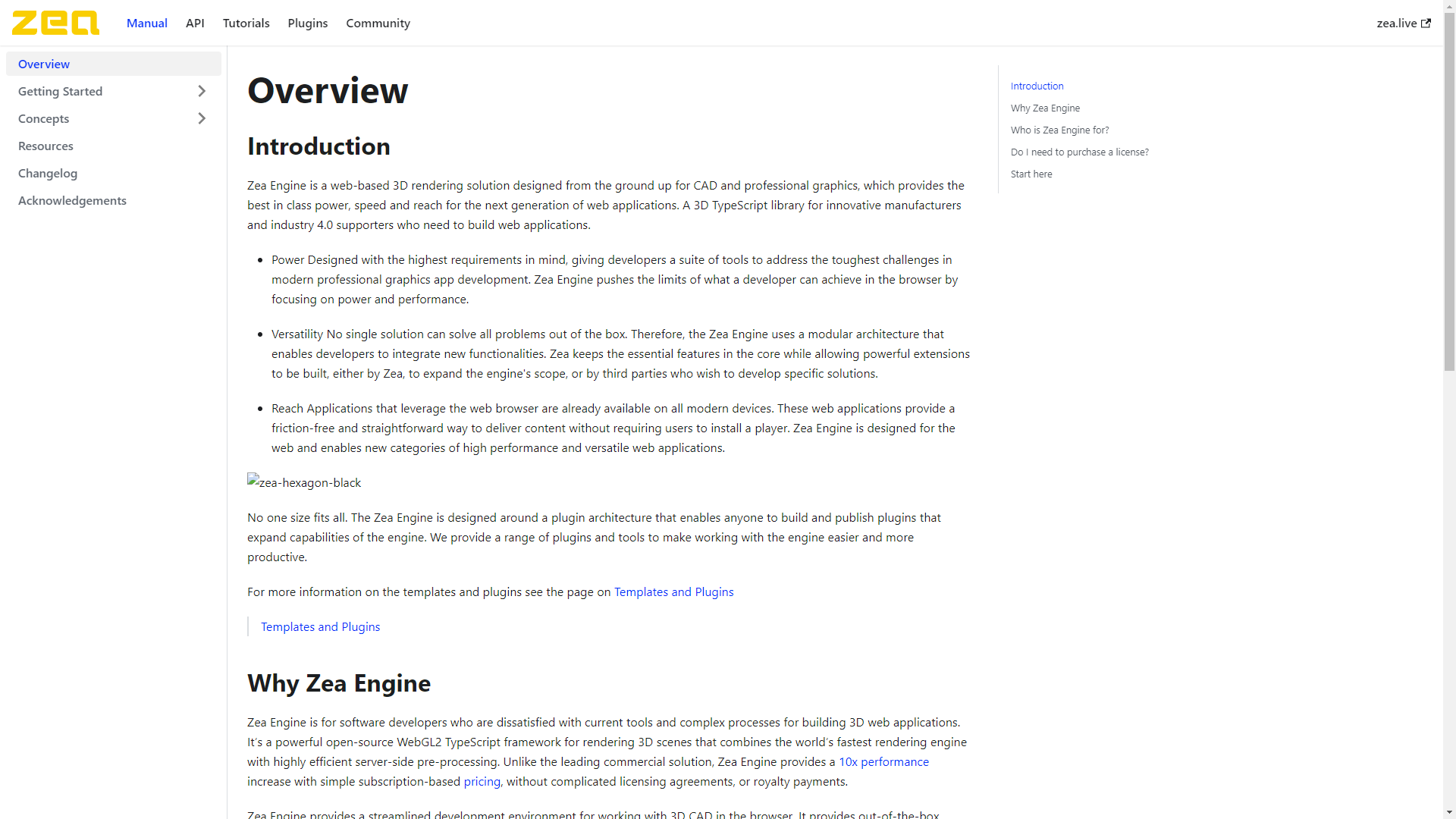 TypeScript has enabled new features in the graphics engine SDK such as:

Additionally, Zea-CAD 4.0.1 has been released. The following updates to the API include:

The Release notes for Zea-CAD can be found here: Zea CAD Change Log

For questions or comments, check out the announcement on the community.

Help us out by leaving a review

If you would like to contribute to our story, share some constructive criticism, and help us out, leave us a review on our new G2 product page.